A beautiful trek in the land of thunderdragon 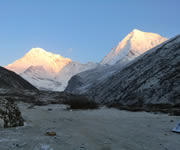 If you like hiking and you are interested in bhutanese culture but you do not want to go without a comfortable hotel a the end of the day, then this might be the right tour for you. 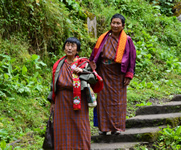 Across the land of thunderdragen

This journey is the ultimate immersion into the Himalayan Kingdom of Bhutan, as we travel across the country ending our trip in India. 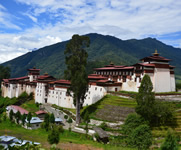 A warm greeting from Bhutan

Often called the “Crown Jewel of the Himalayas,” the tiny kingdom of Bhutan is the last independent country in the region to support Buddhism as the official state religion. The independence of the country is partly looked after by the ice-cold snow capped mountains in the north and dense jungle in the south that has proved to be the natural barriers for protecting the country from the outside forces for centuries and centuries. The heart of the country is blessed with marvelous maze of endless valleys with magnificent landscape where Bhutanese have cautiously kept alive the rich legacy of traditional values and religious customs.

The kingdom is nestled in the eastern Himalayas, bordering Tibet to the north and India to the south with an aerial distance 350 Km from east to west and around 150 Km from north to south. The total area of the country is 38,394 Sq Km with a population barely estimated to be more than 700,000.

With a unique development philosophy based on the guiding principles of Gross National Happiness there are tremendous signs of accomplishment throughout the country. Town and villages are boosting to meet the needs of all Bhutanese. Monasteries, Temples and Fortress are carefully repaired and maintained as needed, providing a welcome sanctuary for monks, nuns and Bhutanese public to connect with their long religious heritage.

Our engagement with TRAVELIFE